QMSS encourages our students to actively engage in the scholarly community through publications and conference presentations.  This may include publishing or presenting research done for their Master's Thesis, or research conducted with professors through the QMSS Research Assistantship program. Listed below is a selection of recent student publications and presentations. 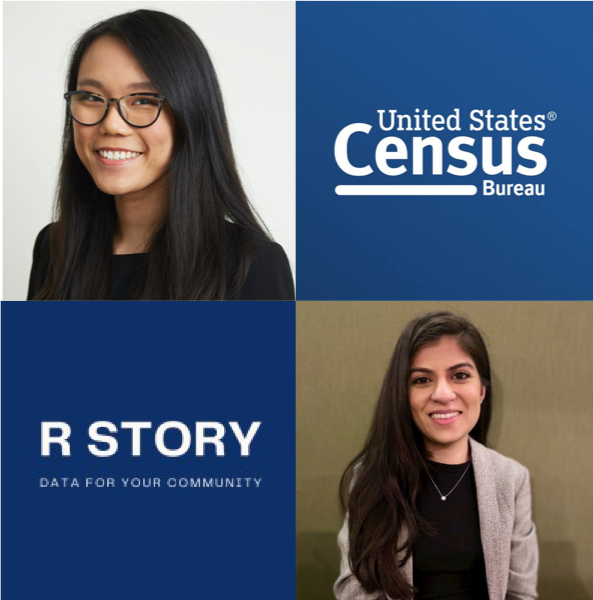 1. Best Tool for Equity and Inclusion and

2. Student Prize in the category of Climate, Resilience, and the Natural Environment for their R Story Dashboard.

We're so excited to see what they will do with $20,000 prize in the future of their project. Check out the @R story dashboard HERE. 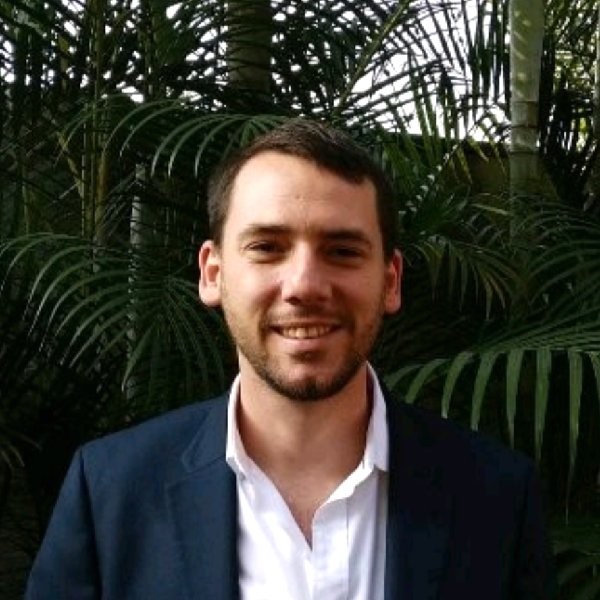 Nathan Fabius and the LatAm Macro Economist at Compass Group published a report entitled "ESG in Latin America: Highlights and the Compass Approach in May 2021" discussing the current landscape for environmental, social and governance (ESG) practices within Latin America and how the region fares against other parts of the world. You can read the full report HERE.

Nathan graduated from QMSS in 2018 and is a financial and economic analyst with a professional background as a trader and economist in international markets. His expertise focuses on financial research, economic analysis and political risk in Latin American markets. You can connect with him on LinkedIn HERE. 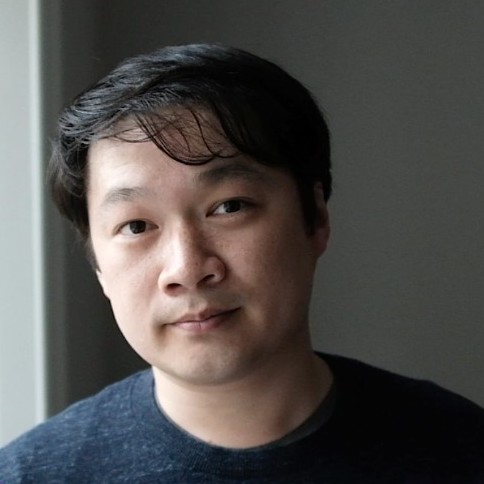 Jeff Chen published book Data Science for Public Policy in collaboration with Edward Rubin (U of Oregon) and Gary Cornwall, Ph.D. in June 2021. You can order the book HERE.

Jeff graduated from QMSS in 2011 and is a computational statistician with experience leading data science initiatives in over 40 fields. He is currently the VP of data science for streaming services at Nordic Entertainment Group/Viaplay in Northern Europe and also an affiliated researcher at the Bennett Institute for Public Policy at the University of Cambridge. You can connect with him on LinkedIn HERE. 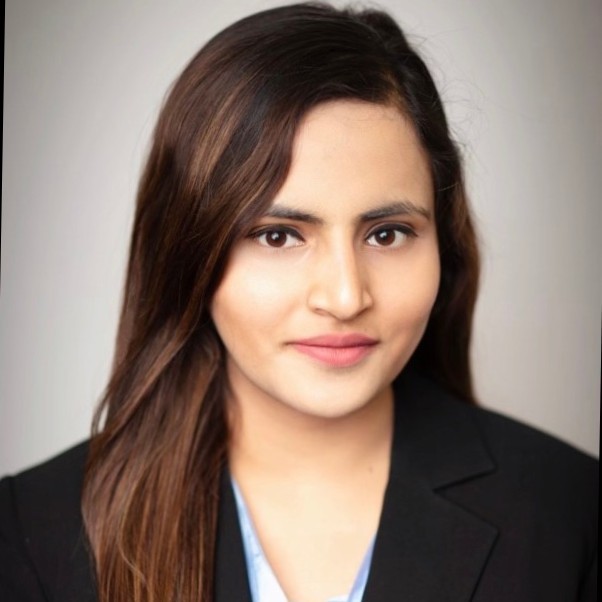 Samikshya Siwakoti co-authored a report on "Gender, Cybersecurity and Fraud in DFS" with Research Scholar, Michael Wechsler in December 21, 2020 as well as a report on "COVID-19 misinformation trends around the world" in March 2021

You can read the full "Gender, Cybersecurity and Fraud in DFS" report HERE.

You can read the full "COVID-19 misinformation trends around the world" report HERE.

Samikshya graduated from QMSS in 2020 and is currently working as a Data Research Specialist at Princeton University under Prof. Jacob Shapiro's supervision. You can connect with her on LinkedIn HERE an read more about her projects at the links below... 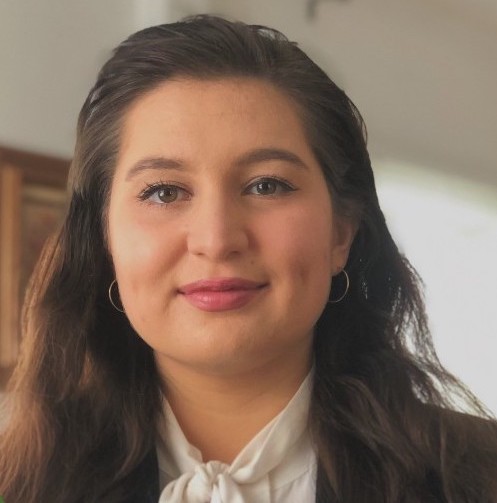 You can check out Julia's thesis work HERE.

Julia is graduating from QMSS in May 2021. She has a demonstrated history of research and working in education, communication, and the online media industry currently seeking positions in data science/analytics. She is actively seeking full-time data scientist/analyst/researcher role. You can connect with through her LinkedIn HERE. 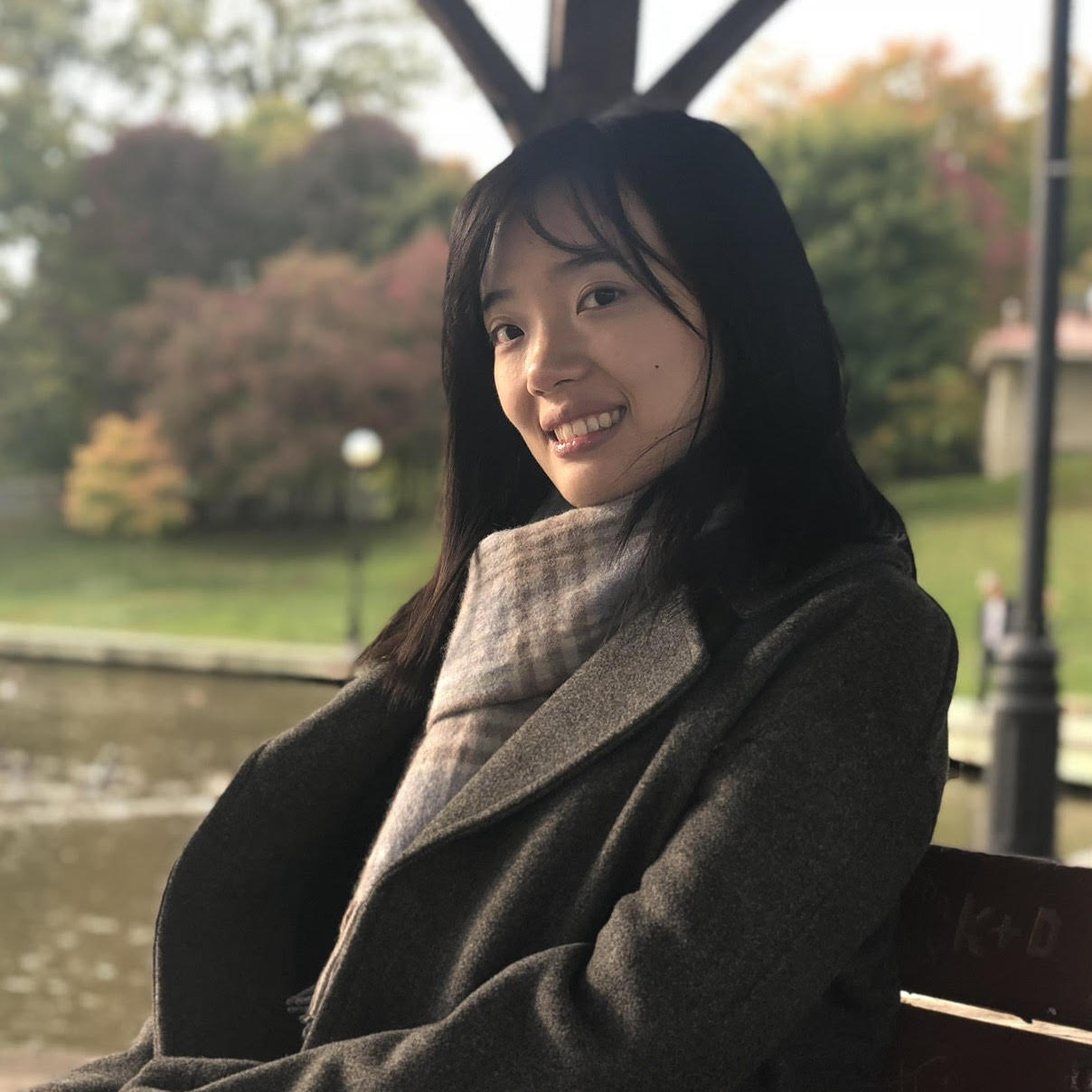 The Davis Fellowship carries provides a small monetary award presented to outstanding academic achievement and is funded by a $10 million bequest from the late Kathryn Wasserman Davis, ’31 GSAS.

You can connect with through her LinkedIn HERE. 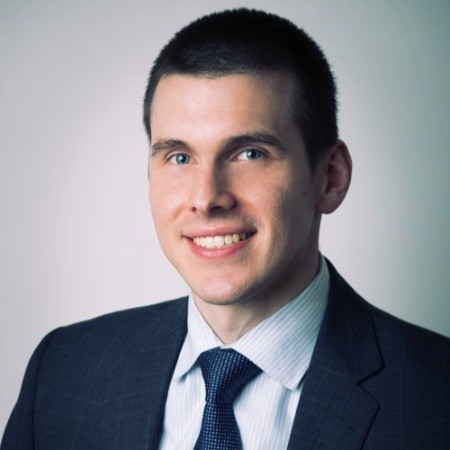 "The Effects of the Summer All Out Foot Patrol Initiative in New York City: A Difference-in-Differences Approach"

In collaboration with emeritus QMSS Director, Greg Wawro, Thomas Bilach's research was published in the Journal of Experimental Criminology in September 2020. You can read more HERE.

Abstract: The New York City Police Department’s “Summer All Out” (SAO) initiative was a 90-day, presence-based foot patrol program in a subset of the city’s patrol jurisdictions. Methods: We assessed the effectiveness of SAO initiative in reducing crime and gun violence using a difference-in-differences (DiD) approach. Results: Results indicate the SAO initiative was only associated with significant reductions in specific property offenses, not violent crime rates. Foot patrols did not have a strong, isolating impact on violent street crime in 2014 or 2015. Deployments on foot across expansive geographies also has a weak, negligible influence on open-air shootings. Conclusions: The findings suggest saturating jurisdictions with high-visibility foot patrols has little influence on street-level offending, with no anticipatory or persistent effects. Police departments should exercise caution in deploying foot patrols over large patrol jurisdictions.

You can connect with Thomas through his LinkedIn HERE. 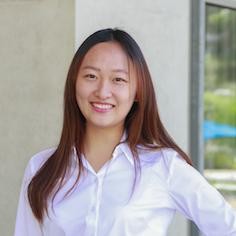 “The State of Corruption in Latin America”

Xiaoxuan Yang is a senior consultant at Edgeworth. At Columbia, she worked as a research assistant conducting statistical tests for a field experiment on corruption control in Peru. She also studied the relationship between corruption and economic outcomes. Yang received her bachelor’s degree in mathematics and economics from the University of California, San Diego, and master’s degree at the quantitative methods in the social sciences program from Columbia University.

Her research was featured in a eport by the Rice University's Baker Institute for Public Policy. Connor's research can be read in full HERE.

You can connect with Xiaoxuan through her LinkedIn HERE. 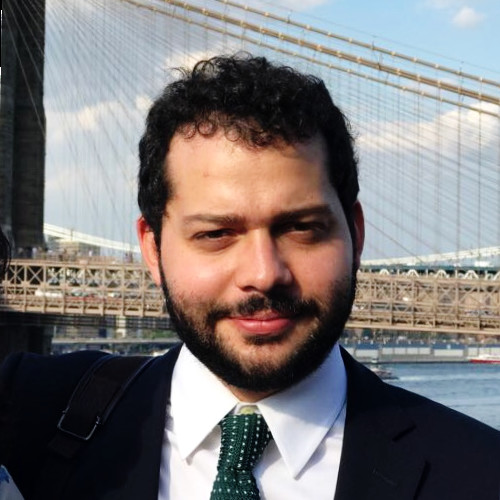 “The State of Corruption in Latin America”

Andrés Castro has experience conducting research on a number of subjects, including fiscal policy and its role in advancing socioeconomic rights. He obtained his master’s degree from Columbia University’s quantitative methods in the social sciences program, and he received his bachelor’s degree in sociology and economics from Universidad del Rosario in Bogotá, Columbia.

His research was featured in a eport by the Rice University's Baker Institute for Public Policy. Connor's research can be read in full HERE.

You can connect with Andres through his LinkedIn HERE. 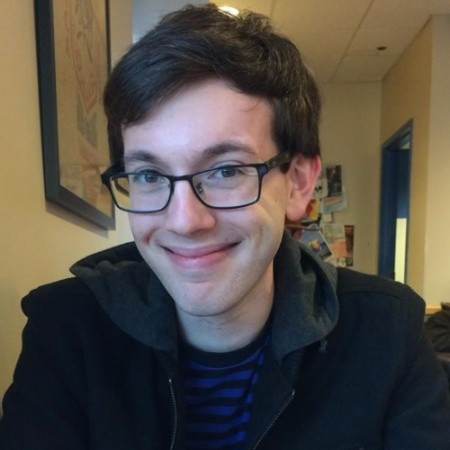 “Competing to be Corrupt: The Multinational Dynamics of Public Procurement Bribery in Latin America”

Connor’s master's thesis analyzes public procurement sectors throughout Latin America, investigating whether Odebrecht, the Brazilian industrial conglomerate implicated in Operation Car Wash, chose countries in which to do business based on their perceived corruptability.

This research was featured in a Policy Brief by the Center on Global and Economic Governance. Connor's research can be read in full HERE,

You can connect with Connor through his LinkedIn HERE. 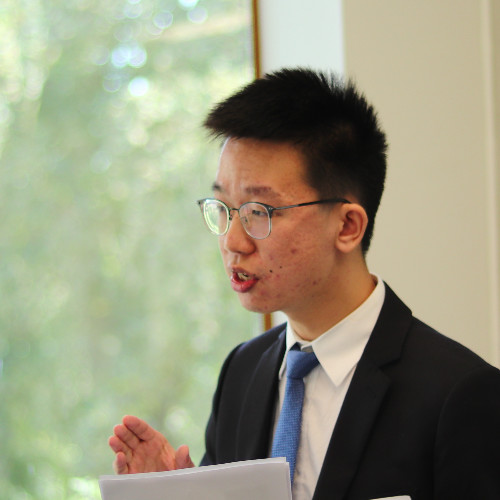 "Unifying prosperity or segregated heterogeneity? An inquiry into consumption practices of leisure and appearance in China"

This paper investigates into the potential divergence of leisure and physical appearance consumption practices, and its relevance with social distinctions and structural factors in China. Utilizing a longitudinal observation from China Family Panel Studies (CFPS), the authors first illustrate an overall growing trend of entertainment and appearance consumption, which is nevertheless supported by only a small population fraction. Next, differentiating factors of this consumption are examined, highlighting relevant social constraints. Reassessing excess attention paid to the emerging consumer culture, the authors integrate not only the middle class but also other social groups to depict a full picture of stratified consumption in contemporary China.

Langyi will present his work at the 2018 Asian Conference of the International Chinese Sociological Association (ICSA). He is a first-semester student in the QMSS Program. You can connect with Steven through his LinkedIn HERE. 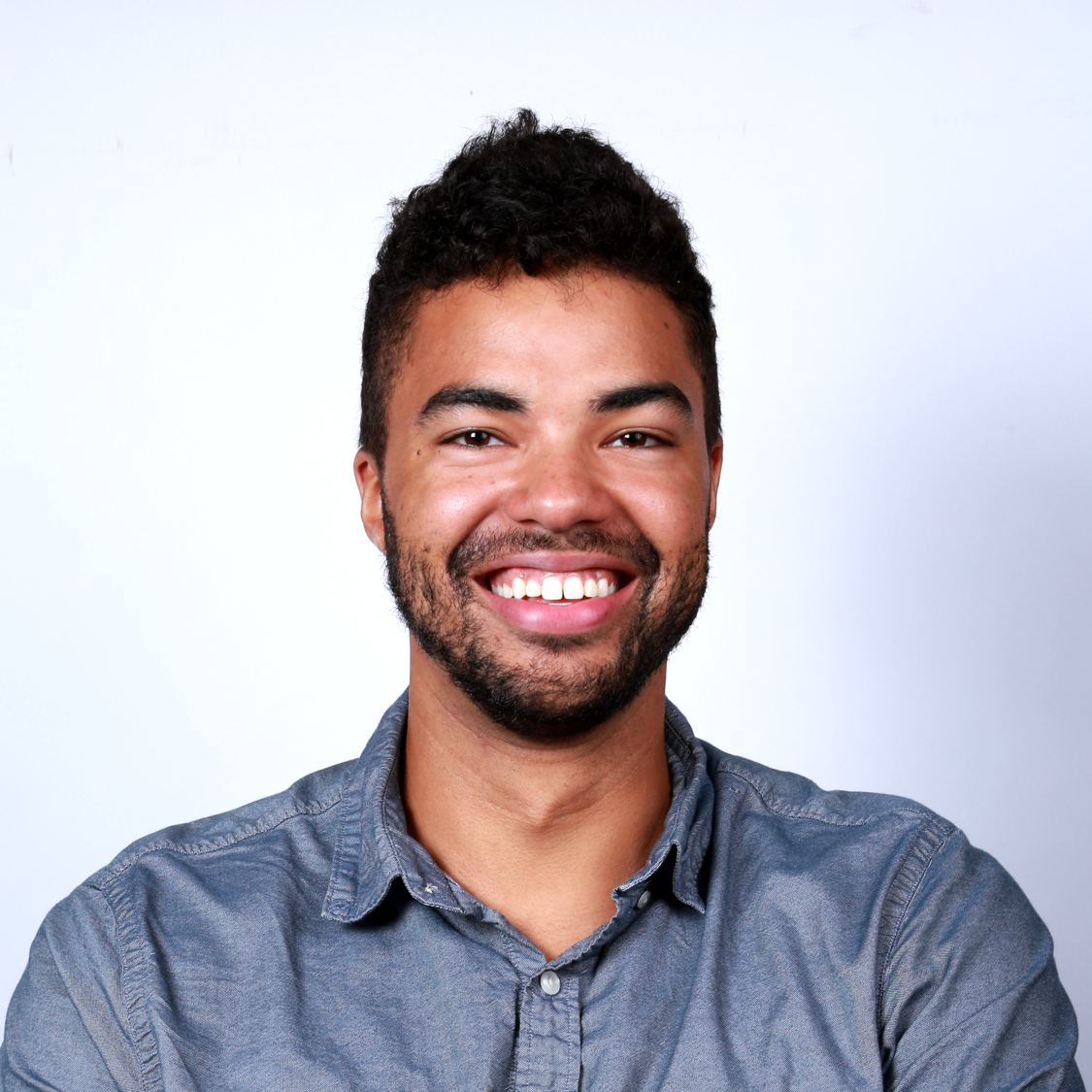 Steven's recent publication is based on the Master's Thesis he produced during his time in the QMSS Program. The underlying methodology for identifying properties at risk been converted into this interactive: http://floodiq.com

You can connect with Steven through his LinkedIn HERE. 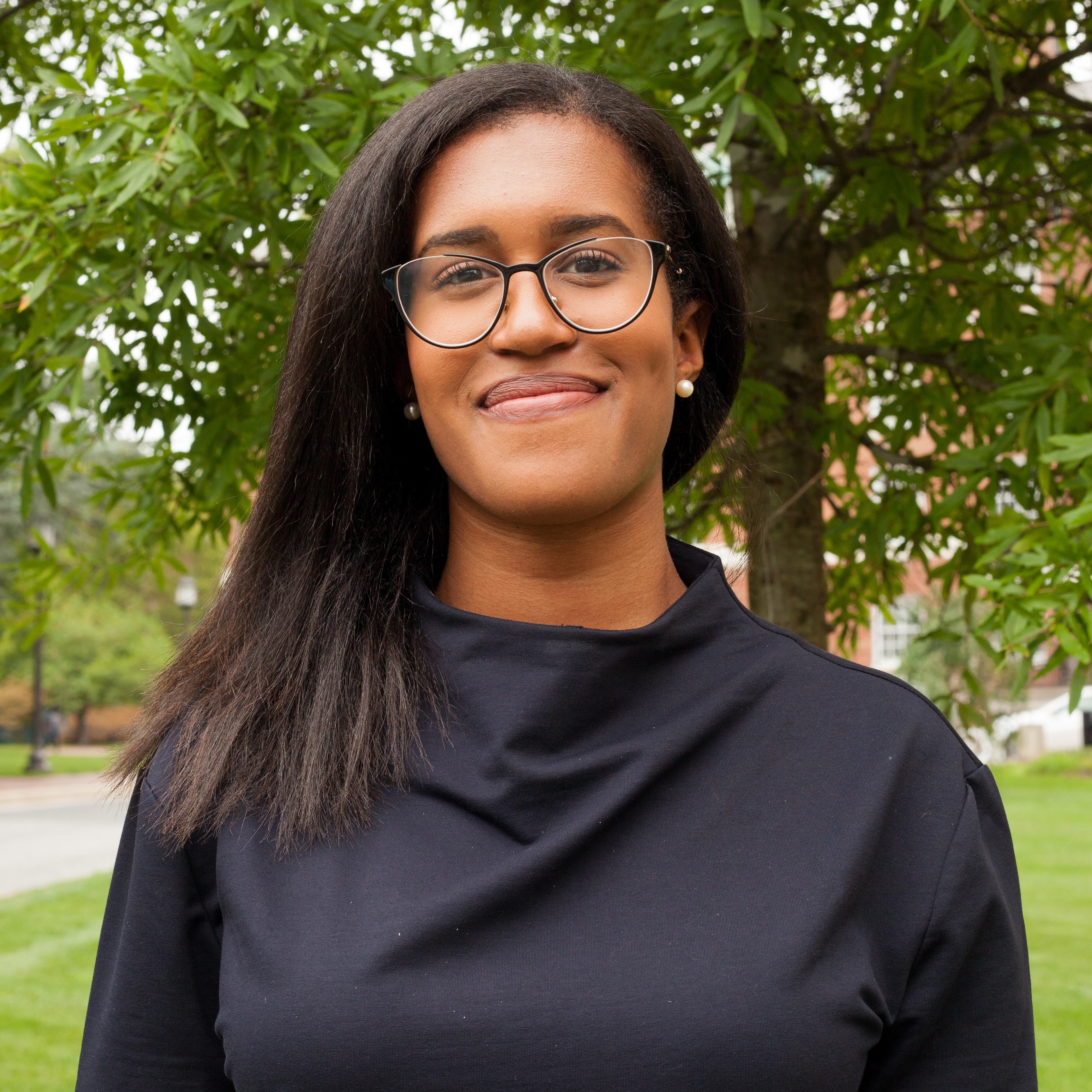 "Dialectic and Idiomatic Sensitivity in Text Analysis: The Importance of Constructing Inclusive Algorithms for 311 Data Normalization"

Miriam will present her research on text analysis at the 4th Annual International Conference on Computational Social Science in July, 2018.

You can connect with Miriam through her LinkedIn HERE. 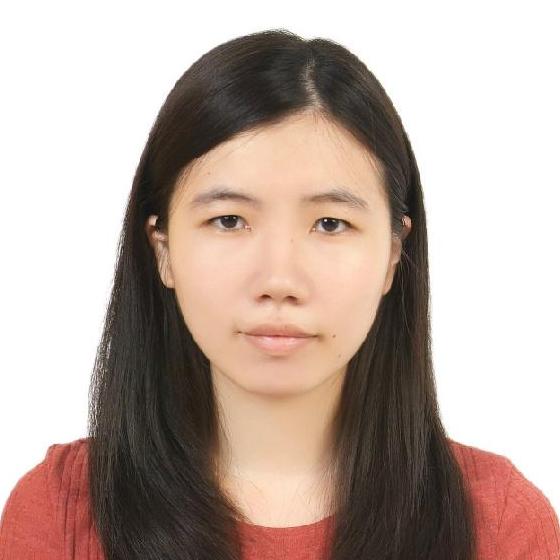 "The Relationship between Work-Family Conflict and Work Stress: Effect of Supervisor Support and Gender"

Yu-ya will present her research on work-life balance at the 4th Annual International Conference on Computational Social Science in July, 2018.

You can read her full abstract HERE. 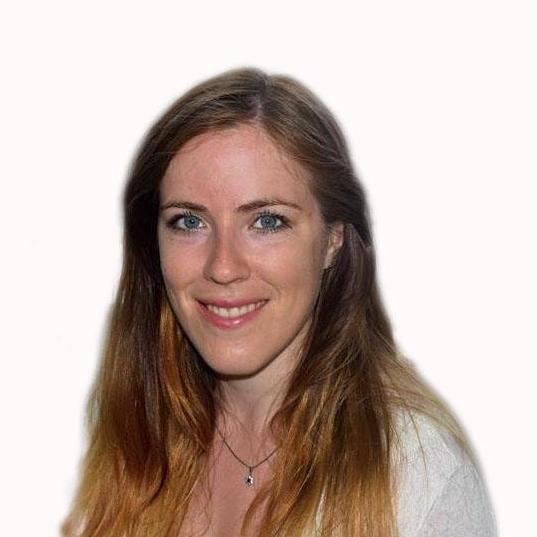 Hana presented her research on machine learning and social media at the 2018 Women in Science at Columbia Research Symposium. You can view her poster HERE.

You can connect with Hana through her LinkedIn HERE. 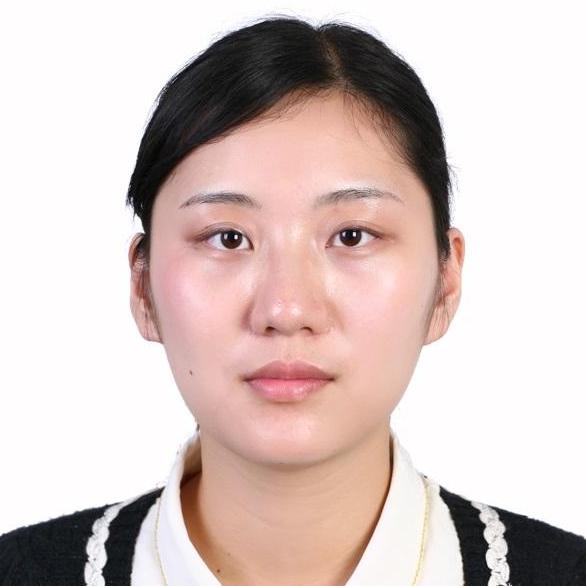 "From First Meeting to Marriage: Mate Sorting and Marital Satisfaction in China"

Kangxin presented her research on relationship outcomes at the 2018 Women in Science at Columbia Research Symposium. You can view her poster HERE.

You can connect with Kangxin through her LinkedIn HERE. 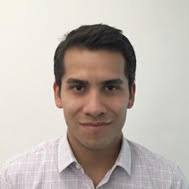 Cesar Eduardo Montiel Olea currently works in the Inter-American Development Bank in D.C., where he specializes in data analytics and impact evaluation on urban and rural development and natural resources. He majored in Political Science at ITAM in Mexico City and he also holds a Master’s Degree in Political Science from NYU. In the past, he worked in Mexico’s public sector as well as a research assistant in NYU and Harvard University.

You can view the working paper HERE.

You can view the published paper HERE. 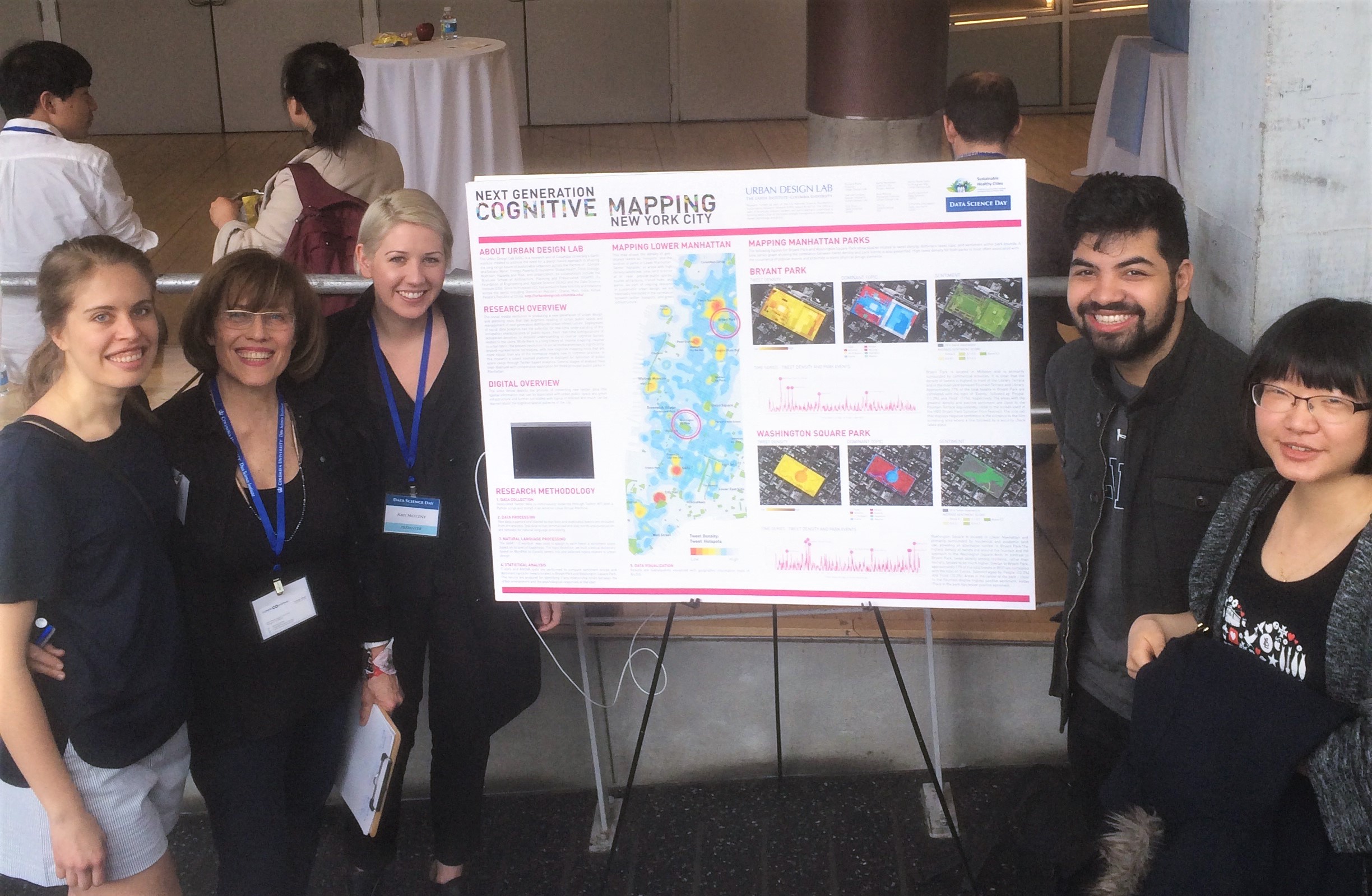 Yijia's and Laura's workt with the The Urban Design Lab at Columbia University, has won the m a best poster presentation at the 2017 Data Science Day. The "Next Generation Cognitive Mapping of New York City" project uses geolocated Twitter data to understand public space usage in urban cities, and we specifically focus on the potential interaction of green space with people's thoughts and emotions: what are people tweeting about when they are in parks like Bryant Park and Washington Square Park? How do they feel? We hope eventually we can offer well-founded advice to improve people's experience at parks and other public spaces. You can read more about the Urban Design Lab's work HERE. 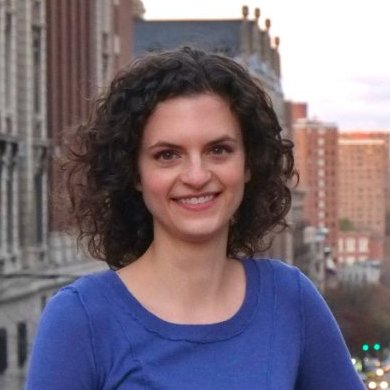 In this exploratory study, we examined the influence of traditional masculinity ideology on adults’ perceptions of a homophobic slur among youth. Participants were randomly assigned to 1 of 3 vignettes describing an incident in which a 5, 10, or 15-year-old boy overhears the word “fag.” Participants then answered questions regarding the acceptability of the word, likelihood of use, and likelihood of intervention by teachers and peers. They also completed the Male Role Norms Inventory–Short Form (MRNI-SF; Levant, Hall, & Rankin, 2013). Age of boys in the scenario affected participants’ perception of likelihood to happen and sexual orientation of participant affected intervention expectations. Novel to the study, results indicated that MRNI-SF scores significantly influenced the acceptability of the use of the word “fag,” as well as whether participants thought the teacher and peers should intervene. These findings strengthen literature suggesting a connection between endorsement of traditional masculinity ideology and homophobia. (PsycINFO Database Record (c) 2016 APA, all rights reserved)
Rosenberg, A., Gates, A., Richmond, K., & Sinno, S. (2016). It’s Not a Joke: Masculinity Ideology and Homophobic Language. Chicago, IL.

Koide, N., A. Robertson, A. Ines, J. Qian, D. DeWitt, and A. Lucero (2012). Prediction of Rice Production in the Philippines using Seasonal Climate. Forecasts. J. Appl. Meteor. Climatol. doi:10.1175/JAMC-D-11-0254.1.
Windawi, Jason (2011). Hunger, risk and financial markets: A study of the food crisis of 2008. Presented at the Conference of Globalization and Socio-Economic Development for the 23rd Annual Meeting of the Society for the Advancement of Socio-Economics.

Gelman, A. and Cai, C.J. (2006 working paper). Should Democrats move to the left on economic policy?Awarded  "Best of the Annals of Applied Statistics" at the Joint Statistical Meetings 2008 in Denver, CO.

Chen, Jeffrey C. (2011). Closure, Remediation and Maturation: The Case of Freshkills Landfill. Submitted for the 2011 annual meeting of the European Association of Environmental and Resource Economists (June ‑July 2011)

Dun Jia (Calvin) (2010). What is beyond the purported inflation targeting for monetary policy, crisis, or stabilization? The econometric estimation of the Swedish Central Bank's Interest Rate Operation Rule. Presented at the Costa Rica Global Conference on Business and Finance.

Porter, Daniel (2009). Do hitters and pitchers vary in their sensitivities to changes in the quality of opposition?Presented at the New England Symposium on Statistics in Sports in Cambridge, MA.

Kwon, Min-A (2008). The effect of ‘Second Life' on consumer behavior in the ‘Real World'. Presented at the27th Annual Advertising and Consumer Psychology Conference in Philadelphia, PA.

Levine, Aaron (2007). The interpersonal implications of focalism in the evaluation of decisions. Presented at the Society for Personality and Social Psychology Conference.

Parsons, Helen (2007). Entrepreneurship versus micro-franchising: A baseline study of small business owners and Fanmilk vendors in Accra, Ghana. Presented at the BYU Center for Economic Self-Reliance Conference in Provo, UT.